From Cosmopolitan Magazine to Creative Entrepreneur with Andy Greenhouse
EPISODE
26

From Cosmopolitan Magazine to Creative Entrepreneur with Andy Greenhouse 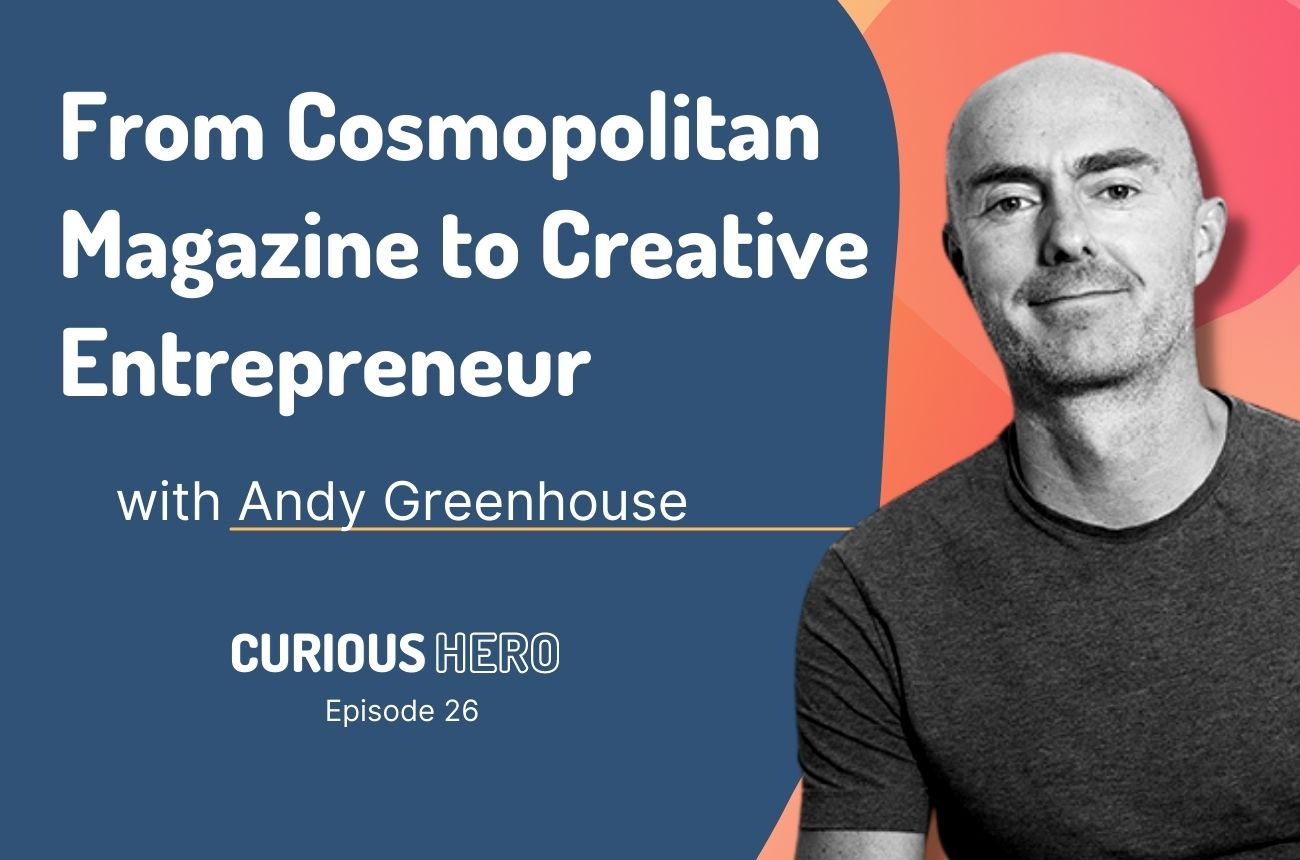 Andy is a creative director, director and co-founder of video agency Swhype, based in the UK.
With a fascination in film, after studying for a degree in graphic design, he moved to London to become a freelance runner and production assistant, before falling into the women's magazine industry after taking some freelance work. He quickly moved his way up from designer of a teen mag to Creative Director of Cosmopolitan (UK).

Meanwhile Andy kept his foothold in the film world by hosting indie-film events, a video podcast and a mobile film festival called Cannes in a Van, with eventual sponsorship from Ford.

In 2010 he left the publishing world to follow his dream of starting his own business – at first design and web- focused, then co-founding a 'creative motion agency’, providing animation and live-action video for brands and businesses.

Andy’s interest in personal and professional development began while running the company as a way to manage the increasing workload that running a business brings. With no background in business he learned from the ground – this hunger for business learning led to the Scwair1 project – an initiative that explores how to start and grow a business from scratch in 2020 and beyond, from a new perspective.

He currently runs a co-mentoring mastermind called The Mentor Exchange and hosts a podcast called Video Talks for creators, marketers and business owners who want to improve their video capabilities. He is also launching his own personal brand as The Creative Video Coach.

Learn how to Grow Digital Assets in the free training series.

About Curious Hero
Get Free Training